Researchers say that people with type 2 diabetes may improve their blood glucose levels by looking after their teeth.

It is estimated that around 30.3 million people in the United States are living with diabetes. Type 2 diabetes is the most common form, and it accounts for 90–95 percent of all cases.

Type 2 diabetes develops when the body's cells stop responding to the hormone insulin. This is a process known as insulin resistance. Blood glucose levels become too high as a result.

Without effective management of blood glucose levels, a number of serious complications may arise, including nerve damage, or neuropathy, eye problems such as glaucoma and cataracts, and skin conditions.

The new study — recently published in The Journal of Clinical Periodontology — suggests that for people who already have type 2 diabetes, good dental hygiene could be key for managing blood glucose levels.

Led by Miquel Viñas — a professor of microbiology at the University of Barcelona in Spain — the study included 90 adults who had an average hemoglobin A1c (HbA1c) level of 7.7 percent, constituting a diagnosis of type 2 diabetes.

The adults were randomized to one of two groups for 6 months. One of these groups received oral health instructions, as well as scaling and root planing, a non-surgical form of "deep cleaning" that removes tartar and plaque from the surface of the teeth and below the gums. 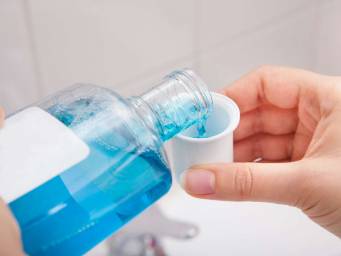 Both groups had their HbA1c levels, fasting plasma glucose, and oral bacteria levels measured at 3 and 6 months after the start of the study.

The results revealed that the group that received the deep cleaning experienced significant improvements in HbA1c levels and fasting plasma glucose, while the control group saw no improvements.

The team notes that, in most cases, these improvements corresponded with oral bacteria levels. Previous research has shown that oral bacteria may play an important role in diabetes.

So, it seems that good oral hygiene and regular dental checkups may aid good blood glucose management for people with type 2 diabetes.

"The main conclusion of the study is that the non-surgical treatment of periodontitis improves the glycemic status and levels of glycated hemoglobin, and therefore proves the great importance of oral health in these patients."